Warning: count(): Parameter must be an array or an object that implements Countable in /home/dlcak/secure_html/themes/dlc/elements/header.php on line 120 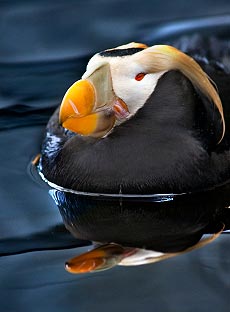 Alaska’s children can and should receive the behavioral health services they need in their own communities. The lack of community-based treatment options for children in Alaska too often results in children being sent to institutions outside, away from their families, communities, and culture for long periods of time.

In 2021, the Disability Law Center of Alaska filed a complaint with the Department of Justice about this very issue. Spurred in part by that complaint, the Department of Justice conducted a thorough investigation into these concerns. The Department of Justice has now announced that they found reasonable cause to believe the State of Alaska violates the Americans with Disabilities Act (ADA) by failing to provide community-based services to children with behavioral health disabilities, relying instead on segregated, institutional settings. We at the Disability Law Center are hopeful that this finding will allow Alaskan children to receive the behavioral health services they need in their home communities, keep families together, and prevent unnecessary institutionalization of children.

Better Options for Alaskans in Crisis

Thanks to a bill that passed the Legislature this past session, Alaskans in crisis will no longer have to sit in hospital emergency rooms or, worse, jails, waiting for mental health evaluation and treatment. Instead, once the bill goes into operation, they’ll be able to get short term treatment at crisis stabilization centers, for up to 24 hours, and at crisis residential centers, for up to a week. Thanks to the Governor’s signature on HB172, this harm can finally stop. Our full press release is here.

State of Alaska has suggested changes that would limit the employment services available to people in a residential settings.

Do you or a family member receive supported employment services? The State of Alaska has suggested changes that would limit the employment services available to people in a residential setting. Click here to see Disability Law Center’s public comment about the changes, as well as draft language for you to submit your own comment.

Anytime the State wants to change the rules they use to run their programs, they open a public comment period for people to comment on the suggested changes. Public comments are a great way for people who will be affected by the service changes to weigh in about what the changes will mean for them and their family. Comments can be submitted to the State of Alaska by emailing Jetta.Whittaker@alaska.gov and must be received by 5:00 pm on Friday, March 12.

Does the State of Alaska unnecessarily institutionalize children who need mental health services?

Spurred in part by a complaint the Disability Law Center of Alaska filed with the Dept. of Justice (DOJ), they’re opening an investigation to find out. Our complaint focused on the lack of community-based treatment options for children in Alaska.  Without appropriate treatment in-state, Alaska’s children are being sent away to residential facilities outside.

We applaud DOJ’s commitment to investigating and we hope this will be an important step in serving our children better, here at home.  See the DOJ letter launching the investigation here.

ALASKA – When people are having mental health crises, the last thing they should have to do is wait to be evaluated, in custody, in a hospital emergency room, or, worse, in a correctional facility.  Yet that is what has been happening to people in crisis since API reduced its evaluation and treatment capacity in the fall of 2018.  The Disability Law Center sued to eliminate this practice in October 2018, and Judge William Morse has now approved an agreement that will make it possible for people to get evaluated, if necessary and clinically appropriate, in the places where they are being held.

Judge Morse issued his approval order September 3, 2020, and a copy of his final judgment is available here.  Our full press release is here.

Lawsuit Seeks to Extend Absentee Voter Applications to all Alaskans

ALASKA - The Disability Law Center has joined Native Peoples Action Community Fund, Alaska Public Interest Research Group, and individuals Aleija Stover and Camille Rose Nelson in a lawsuit challenging the Lieutenant Governor and the Alaska Division of Elections decision to limit its mailing of absentee voter applications to only Alaskans over 65. This arbitrary limitation does nothing to protect younger Alaskans with disabilities from the COVID-19 pandemic. To the extent that the State can proactively mail absentee ballot applications to one group of Alaskans, it should do so for all.

ALASKA - The Disability Law Center of Alaska denounces the cruel and senseless killings of George Floyd in Minneapolis, Breonna Taylor in Louisville, Tony McDade in Tallahassee, and other Black Americans at the hands of the police.  We stand in solidarity with Black Lives Matter and will unite our families, friends, clients, colleagues, and community as we work to end white supremacy in all its forms.  See our full statement here.

ALASKA – There has been a victory for Alaskans with disabilities. One year after the Disability Law Center (DLC) sued the Department of Health and Social Services (DHSS) to end the practice of housing people in need of psychiatric evaluation in jail and emergency rooms while awaiting admission to API, Superior Court Judge William F. Morse has determined the practice causes irreparable harm and has ordered DHSS to create a plan for corrective action by December 5, 2019. The Order protects both the fundamental liberty rights and wellbeing of individuals with mental illness.

August 23, 2019 ALASKA - There has been a dangerous change in the public discourse following the recent mass shootings in El Paso, Texas and Dayton, Ohio. Mass shootings are often blamed on “mental illness.” However, while recent discussions include suggestions that states should enact and enforce “red flag” laws, or report people who have been civilly committed to a firearms database, there is a new proposal that the public should guard against mass shootings by building new psychiatric institutions to house people with mental illness.

The Disability Law Center of Alaska is suing to restrain the State from keeping Alaskans who need psychiatric evaluation waiting in jails or hospitals, instead of being evaluated at the Alaska Psychiatric Institute (API). We have asked that if no appropriate evaluation is available, people be released.

A hearing on these issues began on March 19, 2019. Recordings of the March 21st portion of the hearing, each approximately 2 hours, are available here:

Testifying on that day were:

Al Wall, Deputy Commissioner for the Department of Health and Social Services and CEO of API
Gennifer Moreau, Acting Director of the Division of Behavioral Health
Closing arguments on DLC’s motion for relief (as outlined above) took place on April 10, 2019. Audio is available here:

ALASKA - The Disability Law Center of Alaska (DLC) is concerned about the State’s press release dated February 8, 2019, announcing the Alaska Psychiatric Institute will fall under the management of Wellpath, a private, for-profit company. Our caution stems in part from documented problems in the privatization of medical and mental health care in federal prisons, the privatization of immigration detention facilities, and the privatization of state psychiatric hospitals. According to David Fleurant, DLC’s Executive Director, “Privatization creates tension between patient care and profit. When choosing between the two, what will a Wellpath corporate office in Nashville decide?”